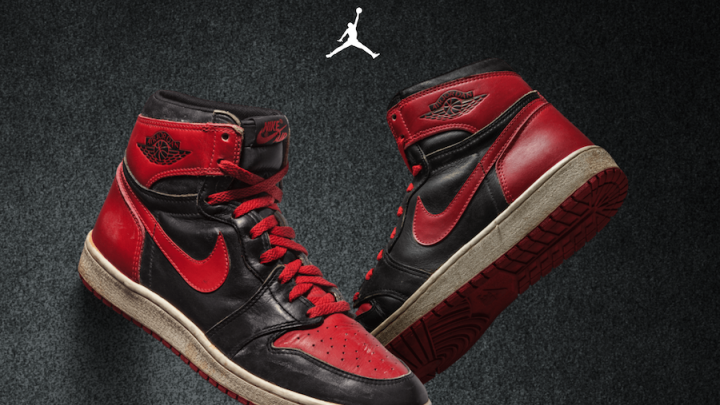 ‘Hype’ is the single most important unit of measure in the sneaker community. It is a representation of how much sneakerheads desire owning a certain pair. Hype depends on several factors, the stock level, the estimated resale price, and the story behind that upcoming release. And no matter what happens in this industry it is a fact that the hype of all Air Jordan 1 colorways will never die.

The OG Air Jordan 1 Bred released in 1985 at an MSRP of $65, and what seems like a really low price was one of the most expensive sneakers on the market at that time. The original Air Jordan 1 Bred was designed exclusively for Michael Jordan by Peter Moore. The sneakers featured black and red color blocking throughout the leather uppers and white midsoles.

As you’d expect with any classic OG sneakers the 1985 infamous Air Jordan 1 Bred is almost nowhere to be seen on the resale market. ALMOST!
Although it’s hard to believe anyone would sell a piece of history, a brand new pair (with box) is currently listed on eBay for $9,999.