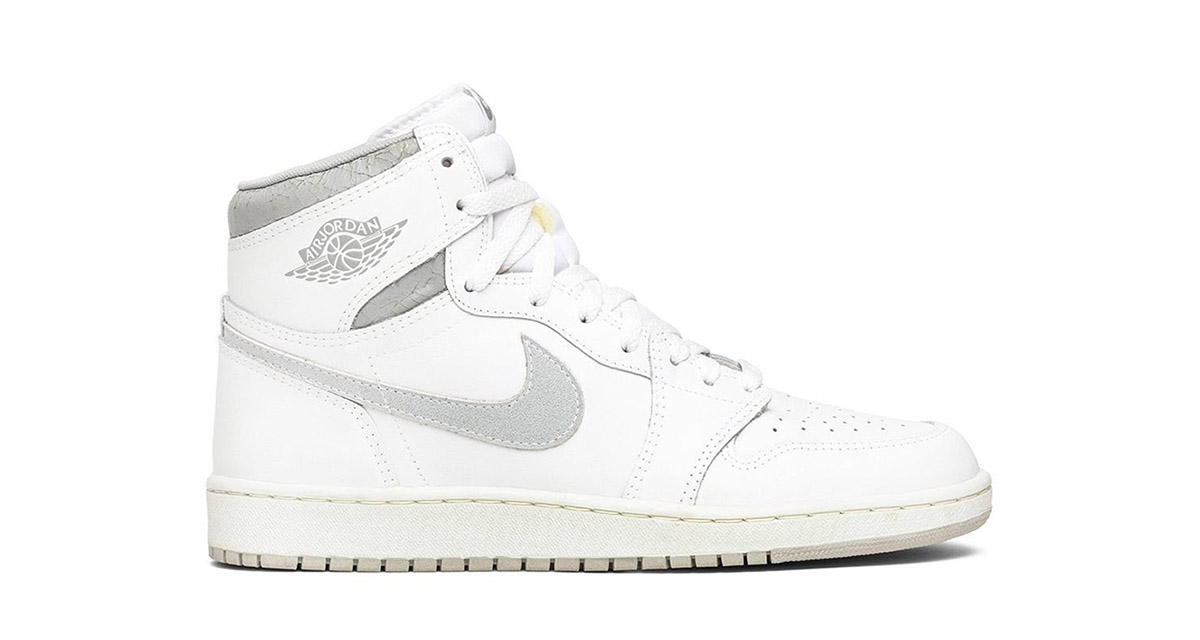 The retro of the OG colorway comes just in time as the nostalgia caused by The Last Dance documentary has reenergized the demand for vintage Jordan silhouettes and colorways. The pair is set to mirror its predecessor as the shoe gets dressed in all-white as grey accents come on the collar, Swoosh, and Wings