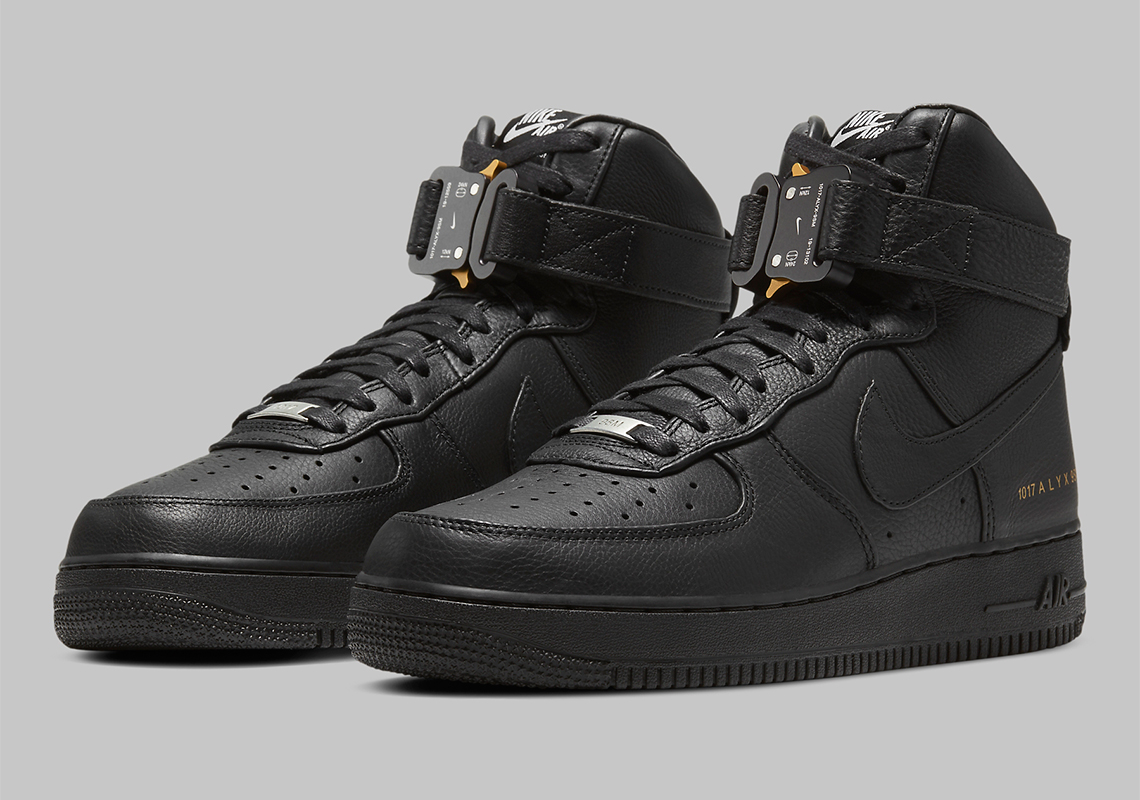 Matthew M Williams, head designer of fashion label 1017 ALYX 9SM, is most notably known for his unique design language that is inclusive of technical, yet fashion-forward proportions. For those who have been following his work, you’d know that he’s participated in many a collaborative project with Nike involving performance-ready apparel. However, at the top of 2020, Williams and the Swoosh embarked on what technically was their first joint venture into the footwear space by launching a four-pronged capsule of Nike Air Force 1 Highs at a Paris Fashion Week pop-up shop.

Nine months later, it appears as though those colorways will be seeing a wider release in several days time, one being this stealthy-styled variation that has just popped up via official imagery. Aside from it being a simple all-black AF1, this rendition substitutes the usual ankle strap for ALYX’s signature buckle, and also features the brand’s moniker spelled out across the lateral heels in gold and on the co-branded tongues/insoles in white. Furthermore, the silver dubraes add in more detailed hits as they split between “1017” on the right and “9SM’ on the left. Peep detailed photos of the pair here below, and find them dropping on the ALYX Studio web store on October 24th for $400 USD.