The 7-ELEVEN x Nike Dunk Collaboration Has Been Scrapped 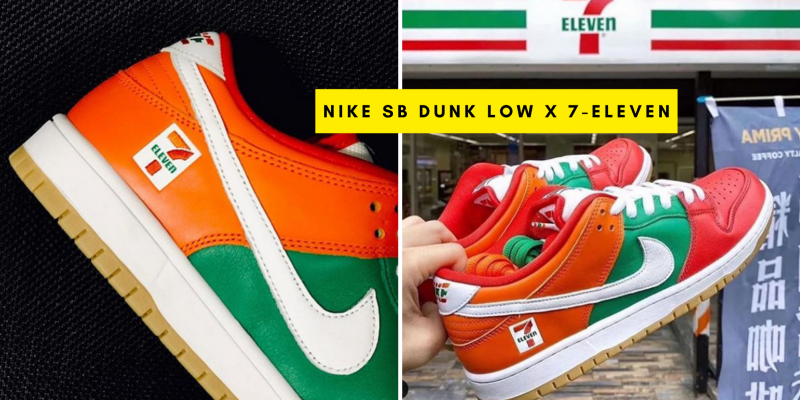 fawning over a leaked image of a potential 7-ELEVEn x Nike SB Dunk collaboration. The silhouette, which featured the convenience stores colour blocking and logo on the heel, immediately caused a stir. However, it now looks like the Dunk may be scrapped altogether.

According to sources, the 7-ELEVEn x Nike SB Dunk Low collaboration has come to an end. Reports suggest that the sneaker was supposed to release at the Tokyo Olympics this year. However, with the event officially being cancelled earlier in the year, Nike has decided to pull the shoe. Industry sources have explained that the shoe was supposed to drop at exclusives stores in Japan during the games.

Whilst the question “why not just drop them anyway?” lingers it’s important to think of the bigger picture. With the Tokyo Olympics being cancelled, the spirit of the release has gone altogether. Although this is a crushing blow for the sneaker community, it is not the first time that a release of this nature has been cancelled. History should teach us that sneakers often do get pulled at the last minute.

For now, we’ll just have to take a closer look at the samples. Whoever has a size 10.5, hit us up! buzzsnkr@gmail.com