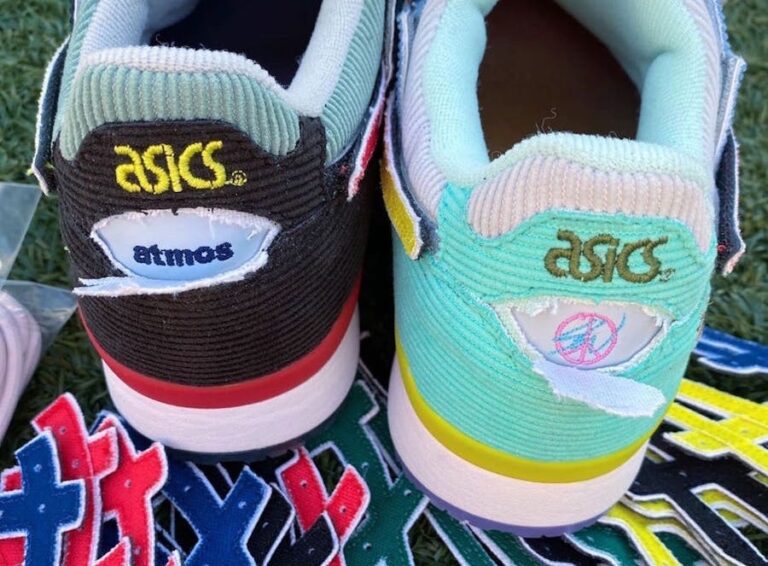 This version of the Gel Lyte III features multicolored corduroy panels with its signature split tongue. ASICS’ side stripes in Red and Yellow are removable completed with the atmos branding on the heel of the left shoe.

As of now, release details weren’t provided, but you can check out the additional photos below. Stay tuned for more updates to come.

UPDATE: Sean Wotherspoon has officially confirmed his upcoming collaboration with atmos and ASICS on a co-branded pair of the Gel Lyte III. He shared an image on Instagram showcasing the co-branded heels and box along with removable patches. In his caption he noted that the collab is still in early stages of productions. Stay tuned for more details to come.