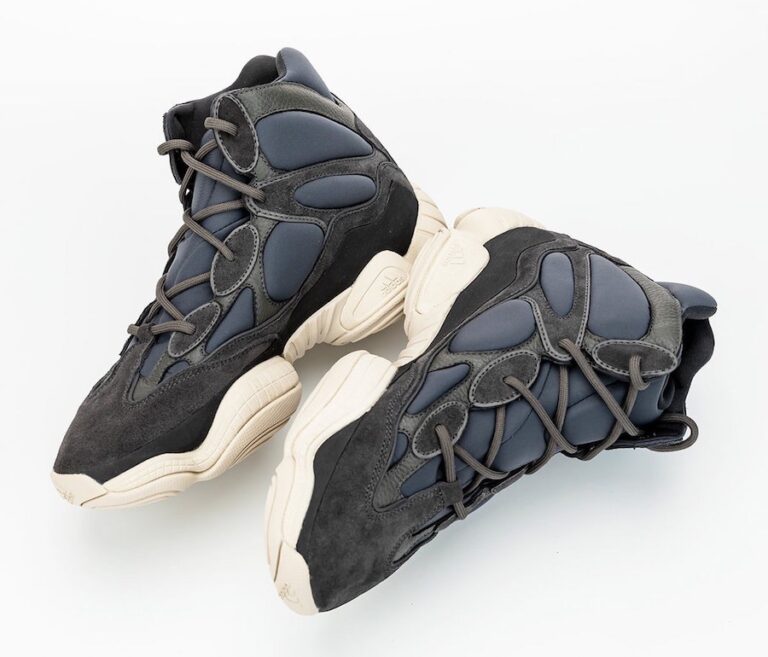 The adidas Yeezy line will be expanding with the debut of their all-new adidas Yeezy 500 High that’s expected to launch during the holiday season.

Dressed in a “Slate” colorway, here is the first look at the upcoming Yeezy 500 High. The shoe appears to features a Dark Blue neoprene-like material with Black suede overlays atop a Sail adiPrene sole.

UPDATE: Following official images, we now share set of detailed photos via hanzuying of the upcoming adidas Yeezy 500 High “Slate” that is set to launch on December 16th.

UPDATE: adidas has officially confirmed that the “Slate” Yeezy 500 High will release on December 16th at select retailers and adidas.com/Yeezy for $220 USD.