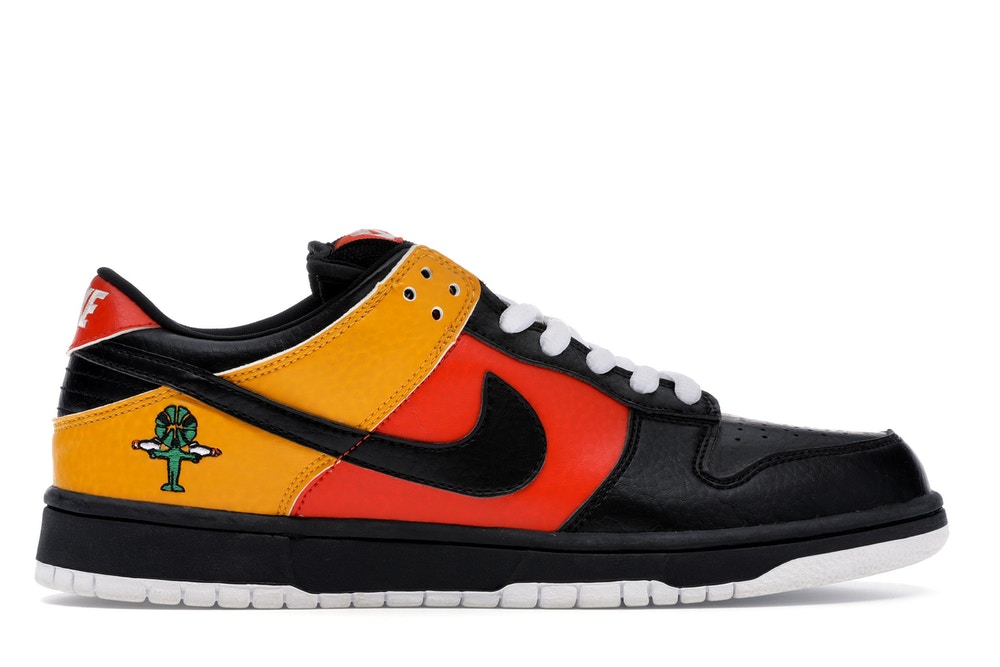 Nike will release a “Raygun” Air Force 1 in 2021, sources familiar with the brand’s plans for next year tell Complex. The sneaker is expected to land in the first quarter and should be on shelves by February.

The brand’s previous “Raygun” sneakers, using yellow and orange colorways and a basketball-headed alien character, reference a fictional ABA basketball team called the Roswell Rayguns that Nike created for an ad campaign in 2002. The first to release, the “Raygun” Nike SB Dunk duo from 2005, remain the most coveted.

Nike used the character again for its alien-themed pack of All-Star sneakers in 2013, a set that did not wear the same color scheme as proper “Raygun” releases. In 2018, it created a very limited “Raygun” Kyrie 3 in reference to signature star Kyrie Irving’s interest in skateboarding. In December 2019, Nike released two tie-dyed sequels to the original “Raygun” SB Dunks in black and white, respectively. Those two were partly a tribute to the late Nike legend Sandy Bodecker, who regularly wore a tie-dye Roswell Rayguns hoodie, according to the brand’s product description of the Dunks.

This is not the first time SB Dunk and Air Force 1 designs have overlapped. Among the most coveted Air Force 1s ever are the never-released versions that pair hyped SB colorways, like Supreme’s Air Jordan-inspired ones, with the iconic basketball sneaker.

Nike’s planned “Raygun” Air Force 1 will launch in 2021 alongside matching apparel. The upcoming release is a fitting one for the colorway, which actually hit this silhouette in unofficial fashion back in 2002. Years before Nike’s first “Raygun” shoes dropped in 2005, sneaker customizer Peter Kim, better known as Methamphibian, actually created a pair of Air Force 1s using the color scheme of the fictional basketball team.

Because of its far-off release date, no images have yet leaked of the “Raygun” Nike Air Force 1.