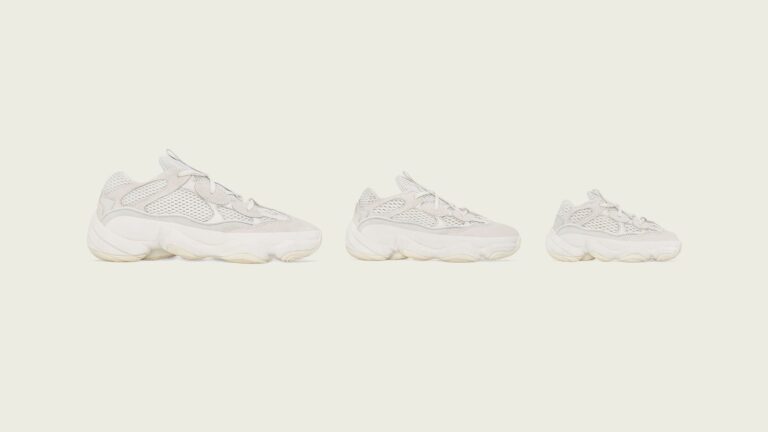 The Adidas Yeezy 500 has been noticeably absent in 2019 thus far as the brand has favored additional colorways of models like the 350 V2, 700, and 700 V2 instead. According to Yeezy Mafia, the drought could be ending in the next few months.

An upcoming “Bone White” colorway of the Yeezy 500 has surfaced. The tonal pair is dressed entirely in Bone White mesh with suede overlays. The chunky design sits atop a segmented midsole inspired by the tooling of the KB3 with gum bottoms acting as an added bonus on this subtle color scheme.

Expect the “Bone White” Yeezy 500 to hit select retailers in sizes for the whole family this August.

UPDATE (07/01): Another look at the “Bone White” Adidas Yeezy 500 has surfaced, courtesy of Yeezy Mafia. The latest look at the colorway indicates that the gum bottoms previously speculated to be included have been swapped out in favor of a cream-colored outsole.

UPDATE (07/30): Detailed images of the upcoming “Bone White” Adidas Yeezy 500 have surfaced, courtesy of Yeezy Mafia. The new round of photos indicates that the monochromatic pair will be covered in a faint shade of pink. A release date still has yet to be revealed.