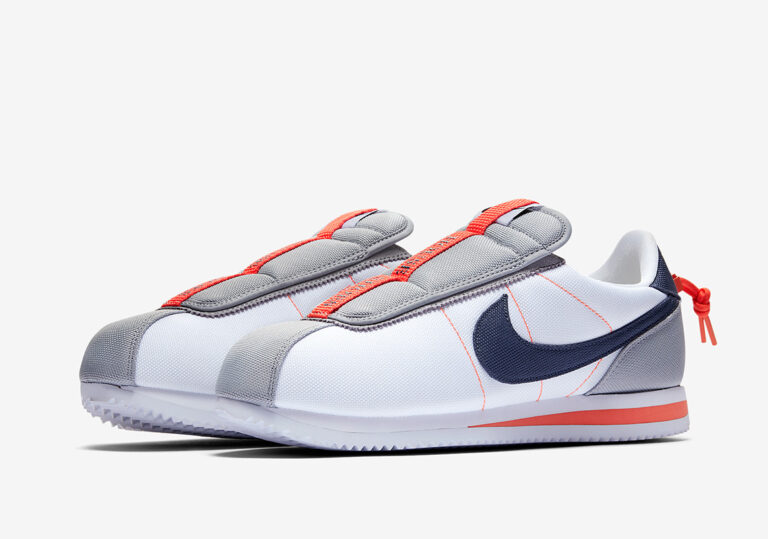 Given a “Basic Slip” monicker, Kendrick Lamar‘s third Nike Cortez collaboration comes completely transformed and given the aesthetic of a house shoe. Featuring an oversized and cushioned tongue in replacement of a customary lace unit, this new iteration from Kung Fu Kenny and the Swoosh slips on with ease and adjusts by way of a drawstring clasp system attached to its heel. Thunder Blue and Wolf Grey are responsible for the vast majority of this selection’s upper, while Turf Orange seen on its tongue strip and midsole provide striking pops of color for additional flavor. While an overseas release in Japan has already taken place, its global Nike SNKRS drops has yet to be reported. With no TDE show on the horizon, it is safe to assume that this drop will be of a more conventional nature than Lamar’s previous Cortez projects. Enjoy an official set of images for the Kendrick Lamar x Nike Cortez Basic Slip below and stay tuned for updates regarding its SNKRS release.