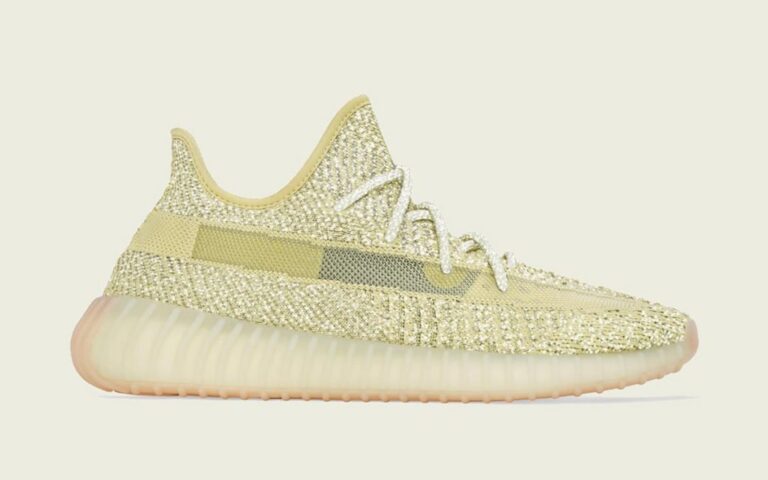 As part of the leaked YEEZY releases for summer 2019 earlier today, this previously unseen blue 350 v2 “Antila” — a constellation in the Southern Celestial Hemisphere, it’s name meaning “pump” in Latin; as it represents an air pump, of all things. But it’s not what’s in the name that’s intriguing — it’s that fact that this is a rare move of the traditionally earthy-toned YEEZY palate, perhaps hinting at even more vibrantly colored creps on the way from ‘Ye — perhaps even a “Red October” rendition, after he filed for trademark of the name last year.

But while we’re not getting our hopes up for that just yet, we can get excited about this colorway, as it’s been set for a June 22nd release date. But while images of the YEEZY 350 v2 “Antlia” are yet to surface, it is said to sport a tonal muted royal blue butter yellow, complete with semi-translucent midfoot weave. We’ve created a photoshop representation to give you a pretty accurate interpretation of what to expect, but stay tuned for a first look, which should surface over the coming weeks. Until then, head on over to see Every YEEZY Release for 2019 right here.

There is also said to be a reflective version of this releasing a day before, on June 21st — you can read more about that here.

Update 05.06.19 // Originally reported as a blue pair by@fullress, the YEEZY Mafia has revealed that the colorway will likely be butter-based. The leakers have also earmarked the releases as another “Special Release” — at this stage, it’s unclear what that means. Stay tuned for first looks and more details.

Update 06.03.19 // Official images for both the standard and reflective “Antlia” YEEZY 350 v2 have landed, along with regional-specific release information. Pairs of the colorway — in both regular and reflective form — will be exclusive for Russia and Europe. Release dates still remain 21st and 22nd respectively. Keep it locked into HOUSE OF HEAT for a comprehensive list of retailers stocking the drop.

In related news, the “Synth” colorways will be releasing the same day as an Asia-Pacific, African and Middle Eastern-exclusive.