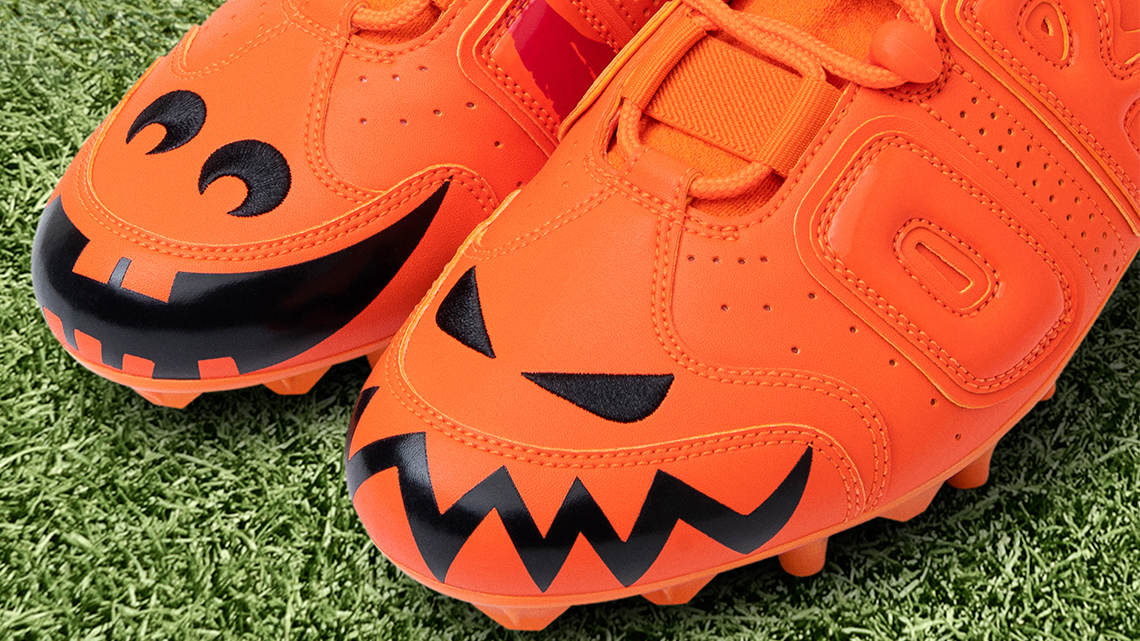 Fresh off a bye week, Odell Beckham Jr. is ready for action against the AFC powerhouse New England Patriots. He’ll first take the pre-game traditions with yet another Player Exclusive on his feet – an homage to 2009’s Nike Air Force 1 Low “Savage Beast”. Just like the original, these OBJ-exclusives feature full pony hair uppers, although its worth noting that the shade of the beast-like exterior is far less “orange” compared to the OG. Like the preceding pre-game colorways, this latest installment is inspired by the Nike athlete’s personal favorites from his own shoe collection.

But for the actual game, the star receiver will swap out for a league-friendly orange colorway with Jack-O-Lantern detailing on the toe-box in two distinct visages and a brown knit ankle support. Due to NFL regulations, players can only wear footwear that match team uniforms – and we all know OBJ could do with one less punitive fine. See his Week 8 footwear here and stay tuned for yet another set of PEs next week.