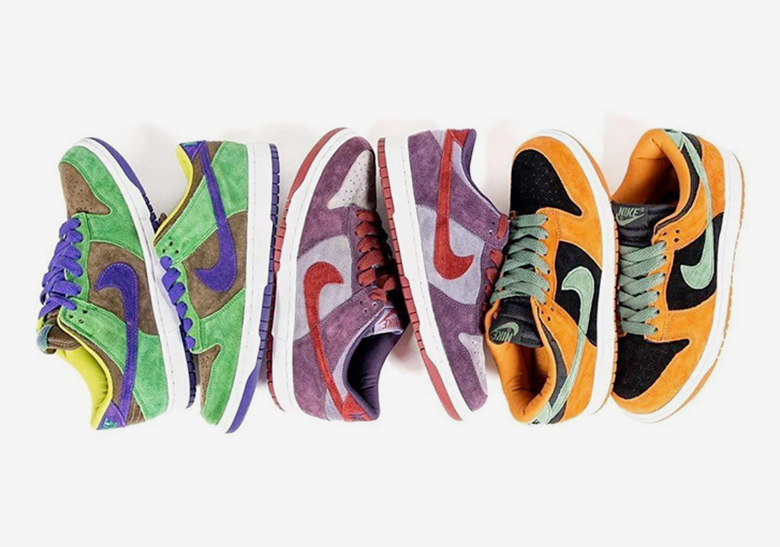 With the release of the Dunk Low “Plum” late last year, it’s only fitting that Nike finish the Ugly Duckling Pack they started seemingly at random. Ostensibly a litmus test for public response, the aforementioned effectively spearheaded the brand’s return to their vast archive, helping bring back not only the overseas exclusive Jordan 1 CO.JP Neutral Grey but now the equally noteworthy Dunk Low “Ceramic” and “Veneer.”

Though no imagery of the latter two’s 2020 versions were shared, it’s likely we can expect a relatively true-to-form recreation replete with premium construction. Much like the “Plum” before them, the pairs will deliver the same caliber as if of original, un-aged stock. Grab a quick look at what to expect here, and if you’re looking to grab a set of either, they’re rumored to release late 2020.