Nike To Celebrate Mamba Day With The Kobe 5 Protro “Lakers” 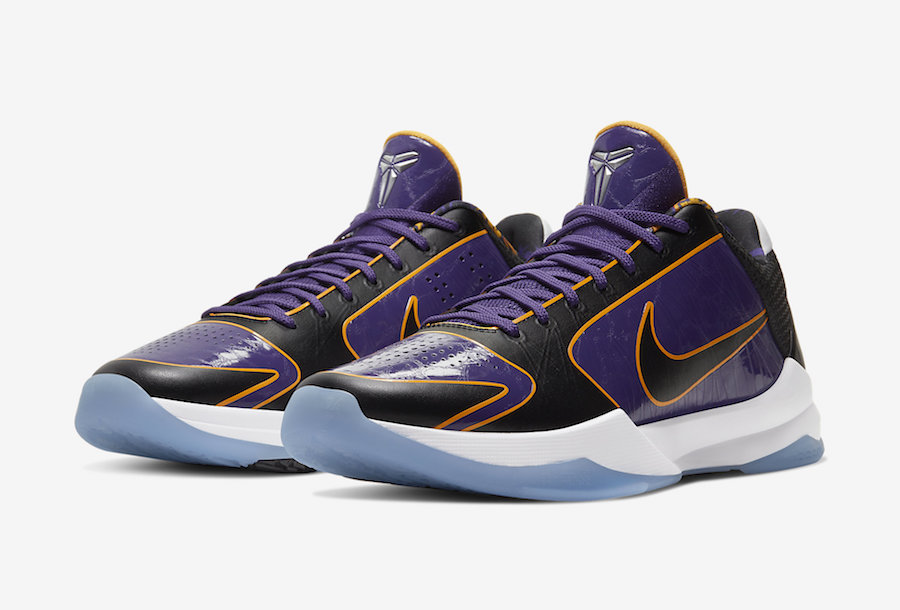 This “Lakers” inspired offering of the Nike Kobe 5 Protro features a Court Purple synthetic upper paired with Black detailing throughout and University Gold trimming. Other details includes a snakeskin patterned on the Black heel counter with Metallic Silver Kobe branding on the tongues. A White midsole atop an icy translucent outsole and Lakers-themed graphic insoles completes the design.

UPDATE 8/8: To celebrate Mamba Day, Nike will finally be releasing the “Lakers” Kobe 5 Protro on August 24th for $180 USD.

UPDATE 4/1: It should come to no surprise that Nike has postponed the release of the “Lakers” Kobe 5 Protro. An official date has yet to be announce. Stay tuned for updates.

UPDATE 3/25: According to KOF, the “Lakers” Nike Kobe 5 Protro will release on August 24th.