Given the heartfelt homage to a skater’s best friend, it makes complete and total sense that this release will remain a Nike SB‘s skateshop-only Orange Label product — meaning the only way to get these at retail will be through your local bricks and mortar SB retailer.

According to Nike SB insider @nikesbornothing, these will release on February 20th, 2021 exclusively in Asia and Europe/UK. And while the US release has been canceled due to production/shipping issues, we’re tipping that it won’t take too long to see pair pops up on the aftermarket.

There are very few physical tools that sit in a skater’s arsenal; Deck, Dunks, and a VX1000 camcorder. The staple Sony recorder is a mainstay for skates across the globe, so it really was only a matter of time before the equipment was given a Nike SB dunk equivalent.

The handheld device has been a mainstay in skateboarding circles since Sony introduced it into the market in 1995, and despite the significant developments in technology since then, skaters have been unequivocal loyal to the device due to its usability, dependability, and durability. It made making skate videos easy; It’s a clear-cut example of if ain’t broke, don’t fix it.

Design-wise, the pair aims to mirror the specs on the VX1000, with the colors of a traditional stop and pause button on the eyelets, a touch of green at the heel, and a slew of on-screen settings printed across pair’s quarter overlay and around the Swoosh. Uppers of a cool grey leather is reminiscent of the recorder’s shell, and it completed by strikes of white at the Swoosh, and midsole.

This Nike Air Max 95 is a ‘Happy Pineapple’ 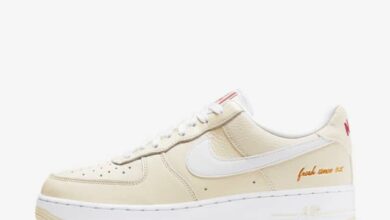 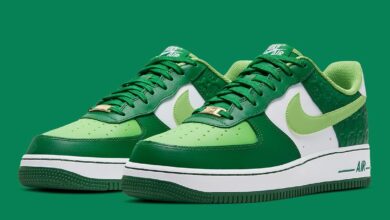 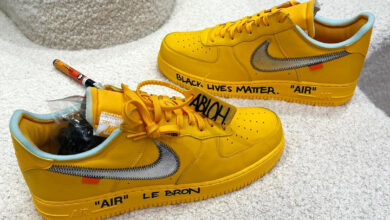 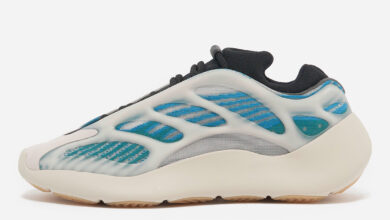