Nike Celebrates The Dunk With “The Story Of Dunk” Documentary Series 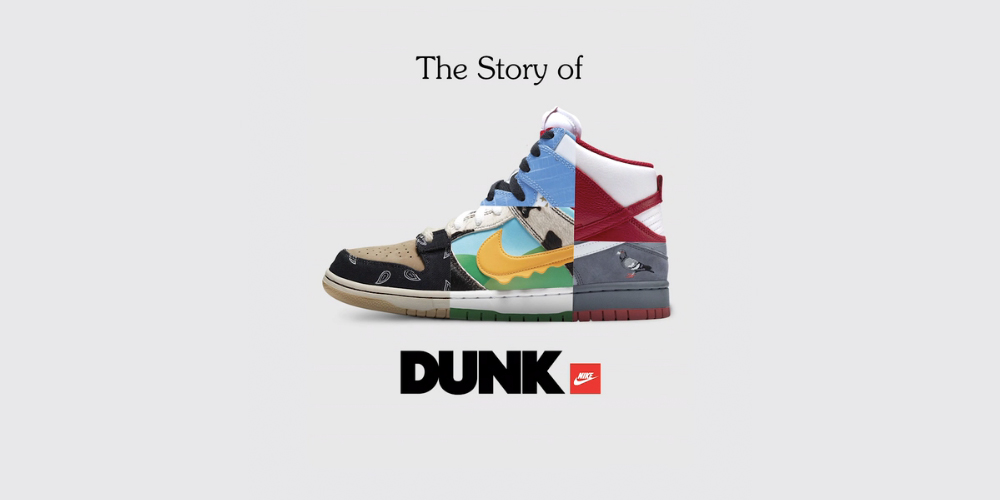 The Dunks are one of Nike’s most ubiquitous silhouettes, with its influence spanning across decades and subcultures.

From its debut on university hardwoods in 1985 through its evolution on the concrete of the street, the Nike Dunk has always dared to be different,” Nike said in a statement announcing the docuseries. This six-part documentary tells the story of this cult classic through those who share the Dunk’s defiant spirit and make it their own, marking it out as a symbol of self-expression that binds the rebellious in us all.”

Although they never really went away, the Dunks enjoyed a resurgence in popularity after a hyped Virgil Abloh remix and a series of other high profile collaborations.

To go along with the smorgasbord of colorways they’re releasing this year, Nike will be releasing a new documentary series to commemorate the legacy of the silhouette titled The Story of Dunk.

The documentary will feature interviews with skaters Elissa Steamer, Paul Rodriguez, and Eric Koston, among others, as they discuss what the sneaker meant to them as individuals.

The first episode of The Story of Dunk: ‘Origins’ is set to premiere via Nike’s dedicated SNKRS app on October 16. Will you be tuning in? 🎥