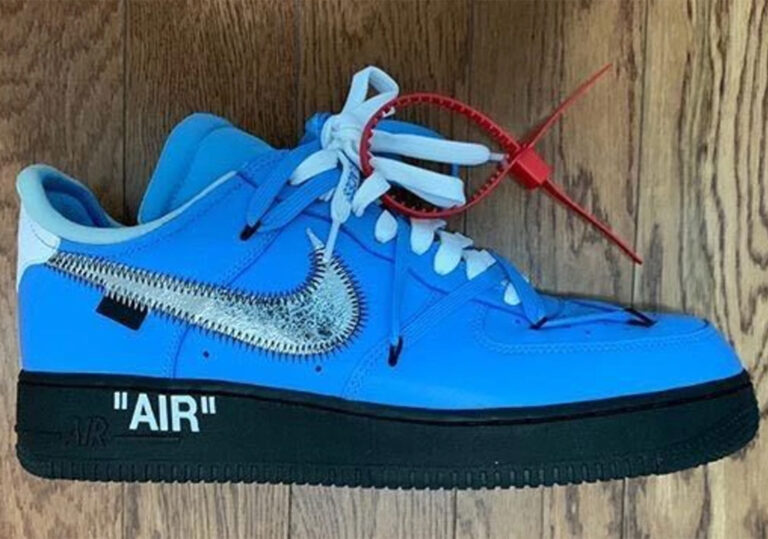 Virgil Abloh, though seemingly over his original Nike “The Ten” series, has quite a few forthcoming collaborations down the pipeline. With his attention split between Off-White Jordan 4s and Off-White Jordan 5ss as well as his much newer Rubber Dunk, you would never have expected to see the return of his beloved Air Force 1. Seeded to Nike athlete Zarek Valentin, the pair bears the coveted MCA colorway though with some striking modifications. Just as it appeared on the runway back during Off-White’s Fall/Winter ’20 show, the silhouette sees to an all black tooling marked with “AIR” in white text. The upper, whose swooshes shine in silver metallic and whose inner foam tints to a complementing blue, also adds a secondary lace unit that matches many of the designer’s athletic runners and Dunk Lows.