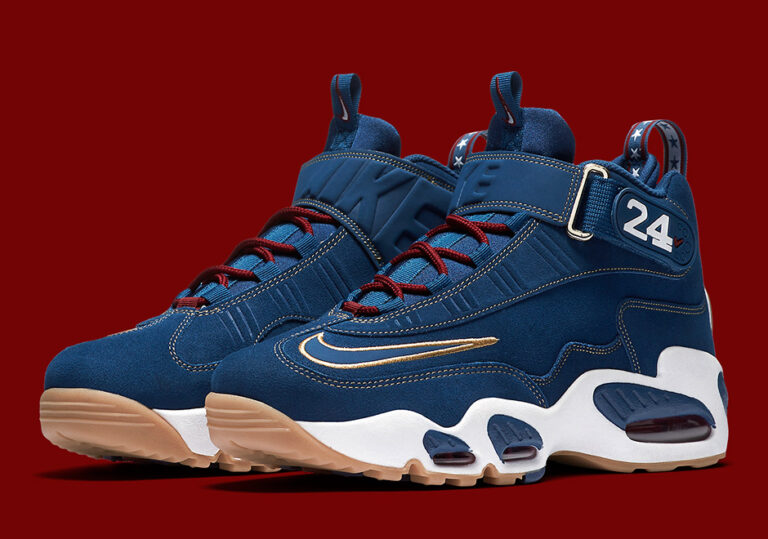 Ken Griffey Jr. was larger than life in 1996. The Seattle Mariners were one of the best teams in baseball and Junior Griffey was at the height of his fame. Nike capitalized on his stardom by releasing a number of unique ads billing ‘Griffey For President’ and even enlisted some political figures in some memorable television spots. The irony here is that Griffey would actually get into politics later in life, serving as an American Public Diplomacy Envoy and traveling overseas as a cultural salesperson for American values.

Nike is bringing back plenty of retro colorways of his most iconic shoe – the Nike Air Griffey Max 1 – in honor of the silhouette’s 20th-anniversary celebration. While most have centered around that 90s-centric shade of teal to match the Mariners’ uniforms, this “Vote for Griffey” pairs takes us back to those memorable tv spots with a patriotic USA-themed upper. A dark navy base is accented by deep red and a gum outsole while stars hit the heel tab to continue the election motif. The shoe even comes equipped with ‘Griffey In ’16’ election stickers.