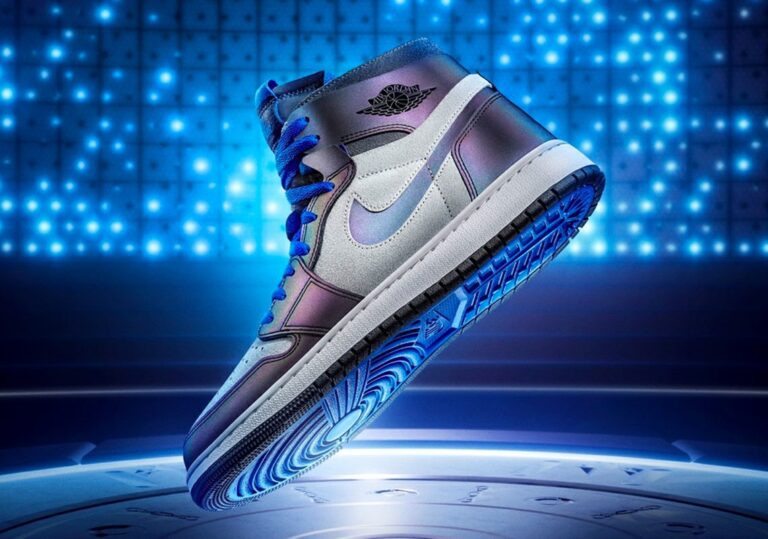 Thanks in part to its rapidly growing fan base and large pool of professional level players, League of Legends has quickly become one of the largest games in the e-sports scene, garnering over 100 million viewers during 2019’s worlds alone. And now with the 2020 championship soon underway, Riot has enlisted a little help from Jordan Brand to craft an Air Jordan 1 Zoom inspired by the first place trophy.

Ornate like that of the #1 prize, the offering embellishes with a number of luxurious and colorful accents. Its base, though deceptively neutral, seems to bear a slight texture that contrasts the iridescent overlays adjacent; these, which dresses in a brighter purple hue, wrap the heel counter, ankle flaps, toe cap, and all the usual fixtures in complement to the swoosh whose gradient bears the same cool tones. Laces finish with a saturated hit of royal, looping atop what looks to be a navy tongue.

Nike and Jordan Brand prepare for the upcoming @leagueoflegends World Championship with a set of footwear, jerseys and apparel.

Leading line-up is an iridescent Air Jordan 1 inspired by the World Championship trophy. Fans of the game will also notice a reference to the Summoner’s Rift map on the shoe’s right tongue. Completing the look is a two-toned outsole.

The range also includes four new jerseys which will be worn by the teams Top Esports, JD Gaming, Suning and LGD representing China. Grab a first look at these here and expect further imagery to arrive once the 2020 worlds start at the end of the month.

UPDATE 09/23: The League of Legends 2020 World Championship will take place from Friday, September 25th through Saturday, October 31st and it’s likely the shoes will release within that time frame.