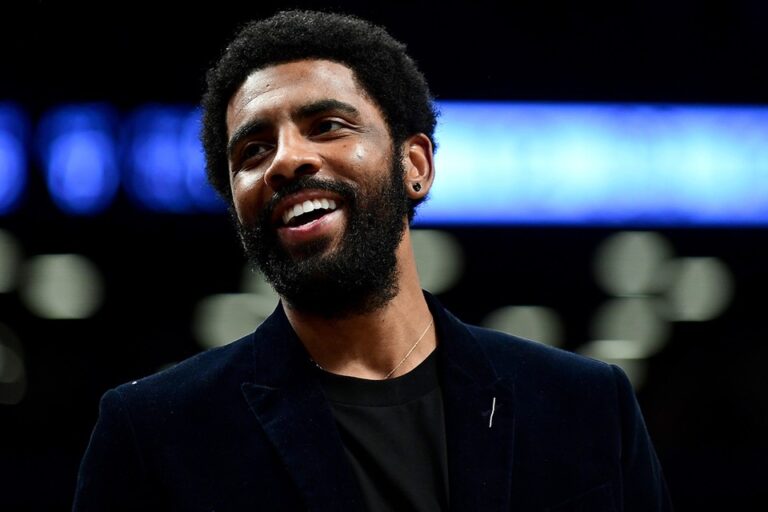 Kyrie Irving has produced a TV special on police brutality. Airing tonight on PlayersTV, the program, titled #SAYHERNAME: BREONNA TAYLOR, also serves as a call to action following the death of Breonna Taylor.

“In a time when society is calling out police brutality, social injustices, and systemic racism, it is critical to magnify how these unjust behaviors and practices are directly impacting Black women,” Irving said in a statement. “I stand for Breonna Taylor, Sandra Bland, and the countless women whose names are never said but have shared the same unfortunate fate.”

“It has been more than a hundred days since Breonna Taylor was killed by law enforcement in her own home,” Common added. “The men who murdered her are still walking the streets. What we the people are asking for is justice, A True Justice that knows no prejudice, racism or sexism.”

“As a man, I’m seeing more and more my responsibility in protecting, standing on the frontlines with, and speaking out against the injustices that have taken place with Black Women who in this battle against police killings and an unjust system have been overlooked,” he concluded.

Taylor was fatally shot eight times by unidentified police officers in her home on March 13 of this year, as the officers were serving a no-knock narcotics search warrant that involved her ex-partner. Taylor was pronounced dead at the scene, while law enforcement found no drugs on the premises.

You can watch #SAYHERNAME: BREONNA TAYLOR tonight at 7 p.m. EST on PlayersTV and the PlayersTV YouTube channel.