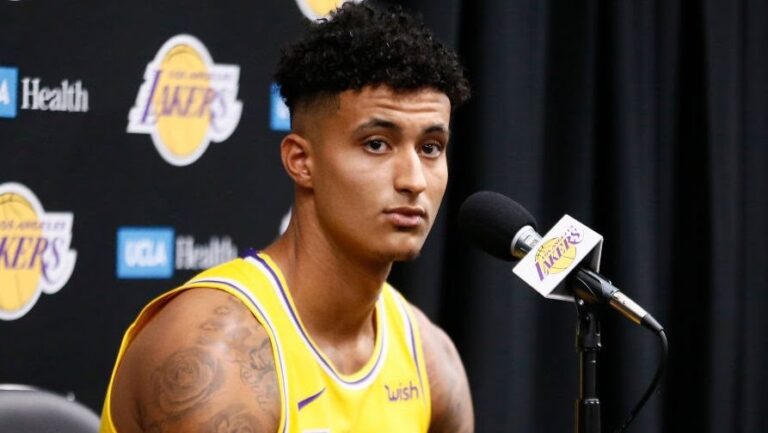 Puma has splashed around money to get back in the basketball shoe game, signing DeMarcus Cousins, Deandre Ayton, Marvin Bagley III, Rudy Gay, Kevin Knox, Terry Rozier, Danny Green, and recently Knicks rookie R.J. Barrett. It’s not a bad list, but the most popular players on there are bigs, yet it’s attacking wings (and point guards) who sell shoes.

Enter Kyle Kuzma, Puma’s newest signing. The popular Laker forward signed a five-year contract with Puma, something the shoemaker announced on Wednesday. Kuzma is getting paid to be the face of the brand.

The deal with @PUMAHoops that the Lakers' Kyle Kuzma finalized last week will pay him in the $3 million range annually over the next five seasons, industry sources say

Kuzma is a confident, attacking player (when at his best) that the Lakers are counting on to be their No. 3 after LeBron James and Anthony Davis. For Puma, this is a player that matters in the nation’s biggest spotlight, and he’s a good spokesman for the brand.

Kuzma was already rocking Pumas at Lakers’ media day last Friday, even though the deal had yet to be formally announced.

Right now Kuzma is sidelined with a stress reaction in his leg that will have him out through at least training camp with the Lakers. It came up during his time with Team USA — he said he woke up one morning after an off day and his leg hurt, so he knew something was wrong — but is not expected to be chronic (hopefully). The Lakers are wisely being cautious with the one young star who played well with LeBron last season, a guy they are banking on for big things.