Leaked images of the potential READYMADE x Nike Blazer Mid have surfaced, and it’s time to get excited!

Yuta Hosokawa, designer and founder of Japanese clothing stalwart READYMADE, has been constantly making waves within the streetwear and fashion space since his brand’s 2013 debut. Initially starting the brand as an experimental creative endeavour, Hosokawa started making headlines thanks to his daring designs.

Becoming well known for upcycling vintage and military surplus, and for collaborations with Fear of God, Seventh Heaven, Futura, and Billie Eilish, it seems a logical progression that the next step is a Nike colab.

Rumors floated at the beginning of September about the potential link-up, and now we’ve received some leaked imagery of the shoe via solebyjc. Using the Blazer Mid silhouette, READYMADE has completely turned it on its head!

The eye-catcher is the Swoosh which has been morphed and made to look super skinny. The black panels almost look painted on, and hit perfectly against the camouflage collar. Down below, we’ve got a bubbly midsole and toecap, while the co-branded heel logo completes the design.

Look for the READYMADE x Nike Blazer Mid to release on February 27th at select retailers and Nike.com. The retail price tag is set at $160 USD. 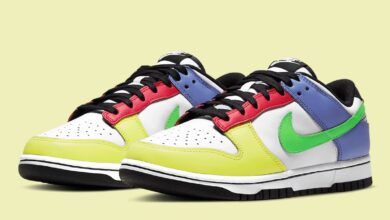 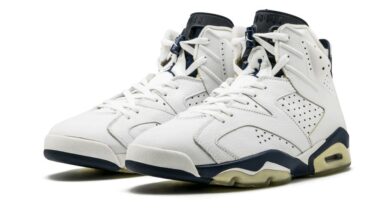 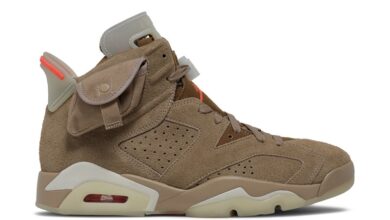