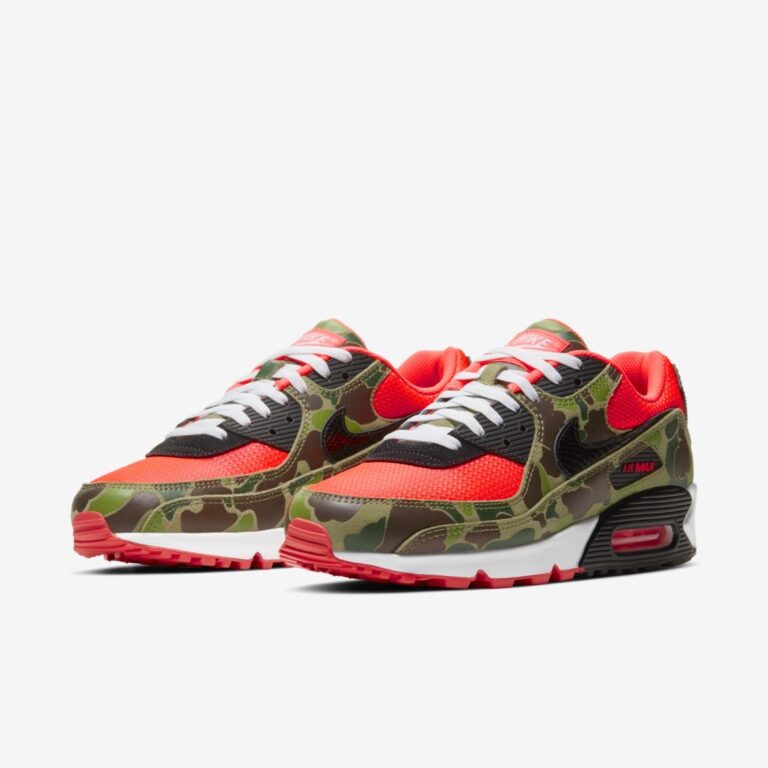 A new take on the Nike Air Max 90 “Infrared” may be releasing soon in celebration of Air Max Day taking place next month.

Thanks to retro77grails, a first look at the upcoming style shows that duck camouflage is being utilized on the mudguard and quarter panels of the shoe. The camo is reminiscent of Atmos’ x Air Max 90 collab from 2013, a sign this could be a continuation of the collaboration, although nothing has been confirmed yet. The placement of the “Infrared” hue has also been shifted to the toe box, around the ankle, and on the Swoosh’s branding.

As of now, this new “Infrared Duck Camo” Air Max 90 has yet to be confirmed to be releasing on Air Max Day 2020 taking place on March 26, but stick with Sole Collector for updates in the coming weeks.

UPDATE (02/26): A first look at this purported Air Max Day release was spotted earlier this month courtesy of Thabo Sefolosha of the Houston Rockets, a player who’s become known for wearing Air Max 90s on the court. As of now, this doesn’t appear to be an Atmos collaboration despite donning a similar theme to the retailer’s previous “Duck Camo” releases. Stay tuned for official details as these are expected to drop next month.