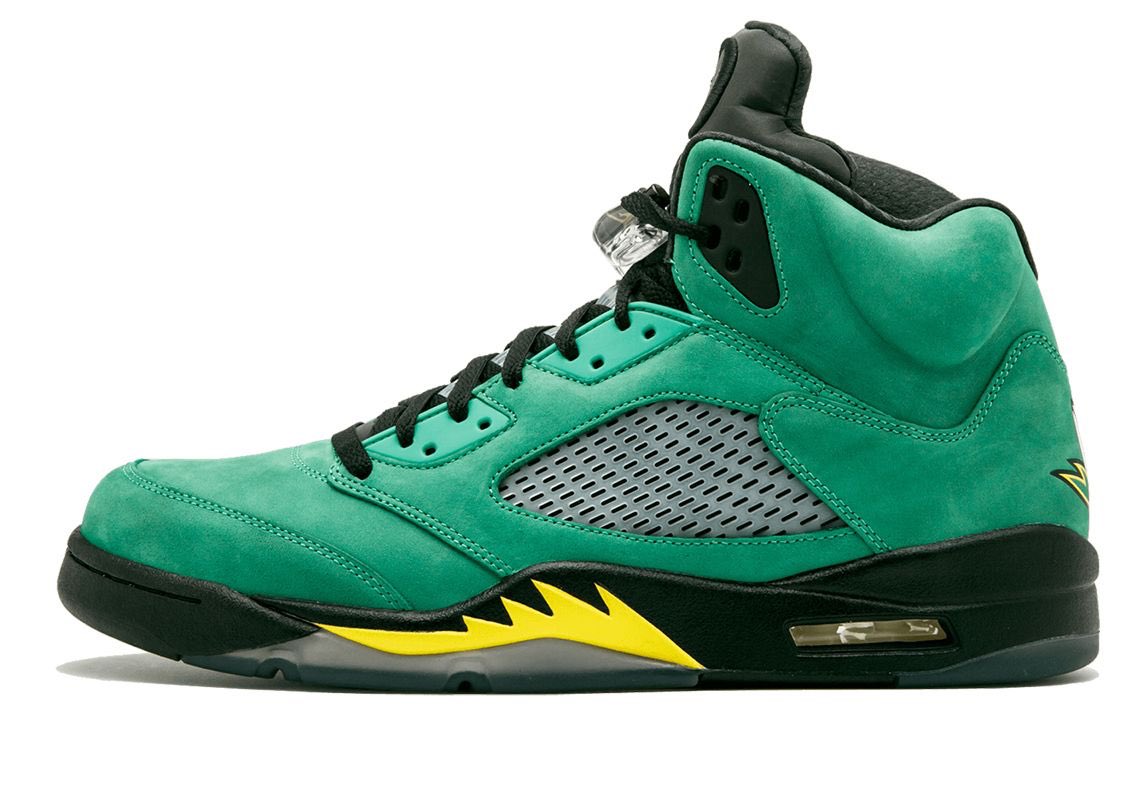 (12/07/19): There is a strong connection between Jordan Brand and the University of Oregon. Tinker Hatfield, designer of many of the iconic retro Jordan models, was a track and field star for the Oregon Ducks in his college days. Then in 2011, when Tinker was helping think up new ways to outfit the Nike sponsored school, he pushed to present them with some exclusive Air Jordan colorways.

One of those exclusive pairs was an Air Jordan 5 dressed in a bright green colorway, released in 2014. It featured Oregon Ducks branding in the form of an “O” logo on the 3M reflective tongues and the Ducks mascot on the heels.

The Air Jordan 5 “Oregon Ducks” is making a return, albeit with some slight modifications. It will not feature any Oregon branding, similarly to the release of the Michigan-inspired AJ5 earlier this year. Just like that release, expect this release to feature a patch stitched onto the heel, just in different colors.

Look for the Air Jordan 5 “Oregon Ducks” to release in Fall 2020. As always, stay tuned to BUZZSNKR for more info on this release.

Update (06/03/20): Here’s a first look at the 2020 Air Jordan 5 SE “Oregon Ducks.” As expected, these don’t feature any Oregon branding, instead opting for a Jumpman tongue and a Jordan patch on the heel. The word “ELEVATE” also replaces the Air Jordan branding inside the tongue. Expect a release as early as September 12th.