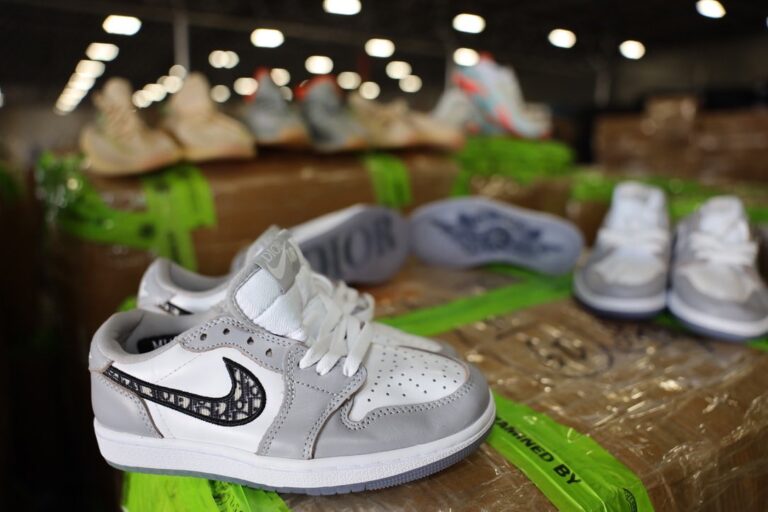 With 1,800 pairs of fake Dior x Air Jordan 1s set at a retail price of $2,000 and a variety of other fake shoes, officials say that the estimated total of the counterfeit packages exceeds $4.3 million. An investigation of the packages deemed the shoes to be fake due to the poor quality, incorrect packaging, and U.S. CBP agents’ previous experience. But it doesn’t take a professional to see that these shoes look like cake.

“Counterfeiters trafficking in phony merchandise are not concerned about the American consumer or the damage their fake goods can do to our economy,” said CBP Port Director Timothy Lemaux. “CBP will continue to take every opportunity to intercept illegitimate goods and disrupt transnational criminal enterprises seeking to fund criminal activities with counterfeit or pirated merchandise.”

With the actual Dior x Air Jordan 1 collab reselling at around $10,000, I doubt this is the last we hear about fake Dior pairs. Be safe out there.