Custom Nikes designed for Obama to sell for $25,000 in online auction 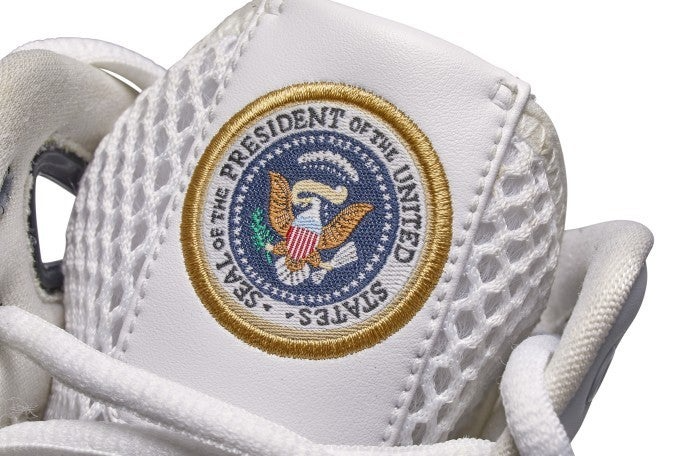 A pair of sneakers fit for a president will come with a hefty price tag to match.

Nike Hyperdunks, originally designed for former President Obama, are set to be sold on e-commerce site Sotheby’s auction house for $25,000.

The custom kicks will be released for sale on Friday at 4:44 p.m., in honor of Obama serving as the United States’s 44th president, and will feature a red, white and blue color scheme.

The all-white silhouette is stamped with a dark blue Nike swoosh, and the presidential seal is embroidered onto the tongue flap. Blue and red “44”s are stitched in the inside toe of the shoe and images of bald eagles and “1776,” signifying the year America was founded, are visible on the insole.

Sotheby’s describes the sneakers as “one of only two pairs in existence.” One pair of the shoes was designed and gifted to Obama in 2009, but the pair being sold “was not owned, or worn” by the former president, according to the site.

You can bid on this never worn Nike custom on Sotheby’s official site February 12 at 4:44 pm