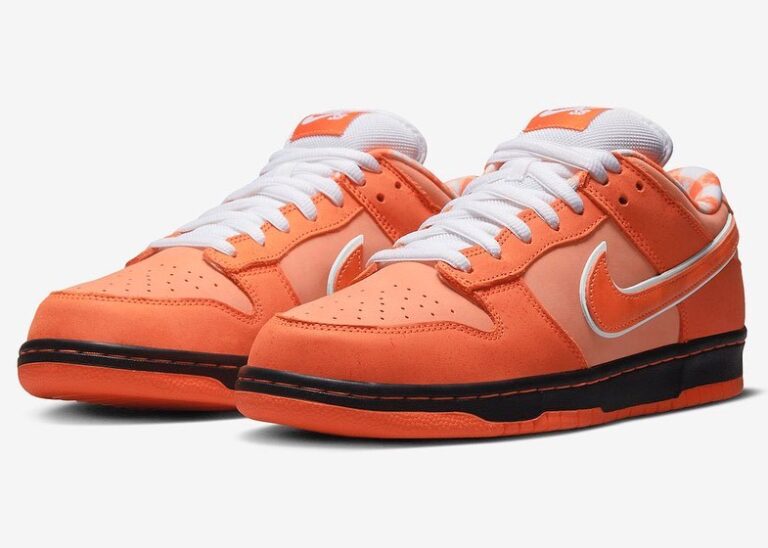 The eye-catching Concepts x Nike SB Dunk Low “Orange Lobster” comes dressed in two shades of Orange on the upper, White tongues and laces, a Black midsole, and an Orange outsole. Another added detail is the white and orange plaid print placed on the inner liners and insoles. The sneaker will also come with extra Orange and Blue laces as well as a Black-colored band across the toe. 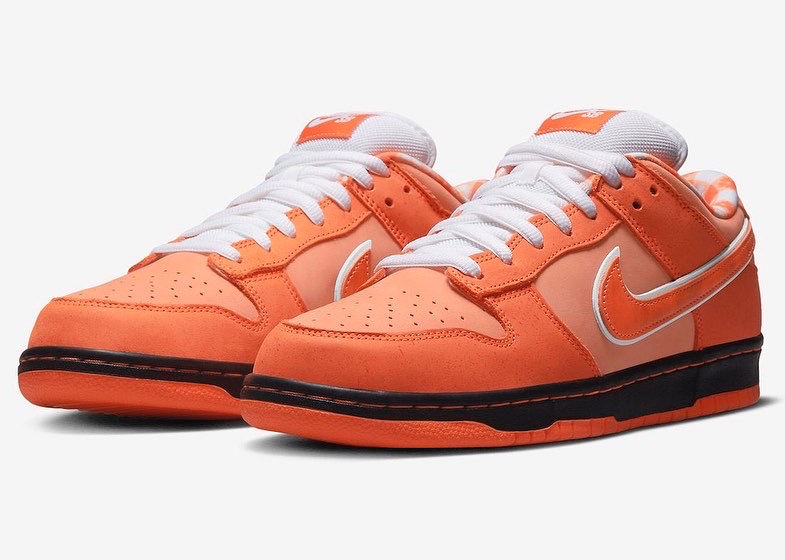 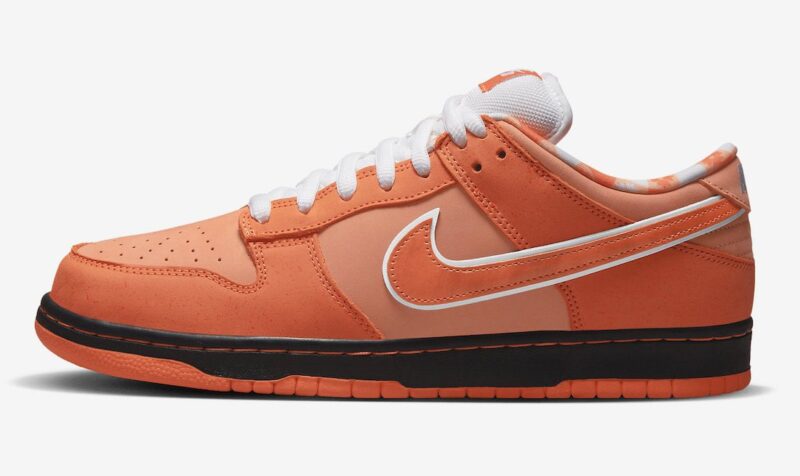 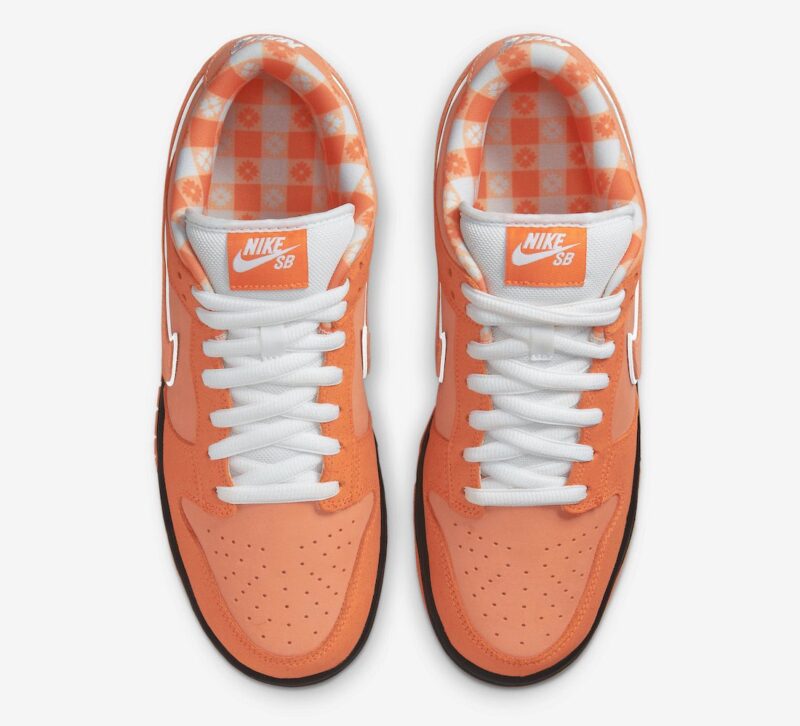 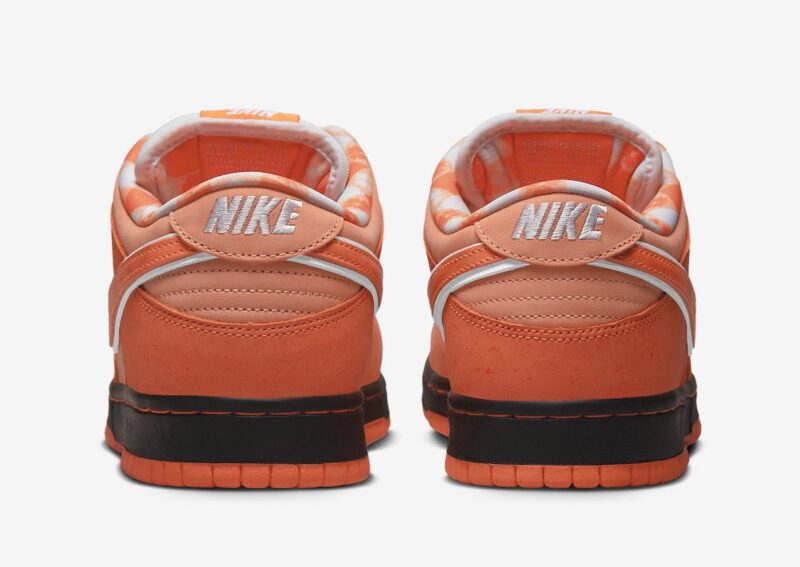