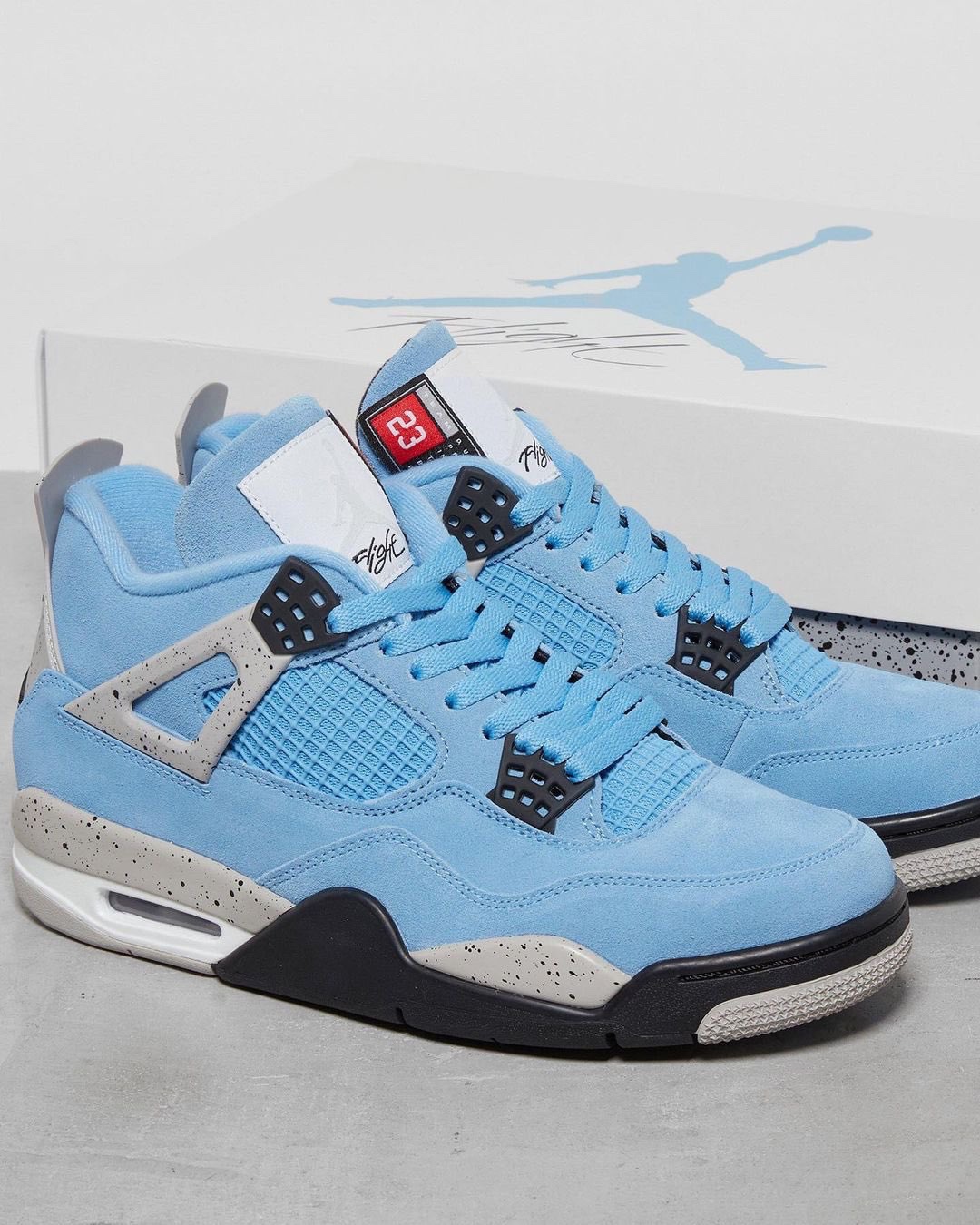 Now that the Air Jordan 5 has been released and revealed in PE-inspired colorways with its Jordan 5 “Michigan” fronm 2019 as well as its forthcoming Jordan 5 “Oregon” colorway, Jumpman is now granting permission for the Air Jordan 4 to take a stab at doing the same.

During the first half 2021, the 1989 classic will be dropping in a new “University Blue” colorway that comes in close proximity to the extremely limited Tar Heel player exclusive from last year; only these feature minor tweaks in color arrangement that allow it to stand on its own. Based off of this mockup, it appears that titular hues will wrap its base constructions entirely, while neighboring accents placed atop the lace cages, heel counters, and midsoles follow the same design cues as the classic Jordan 4 “White Cement”.

Moreover, the tongues will trade out the “UNC” badge for it traditional Jumpman logo. Stay tuned for more official images and release info, and expect these to hit Nike.com and select stores sometime next year.