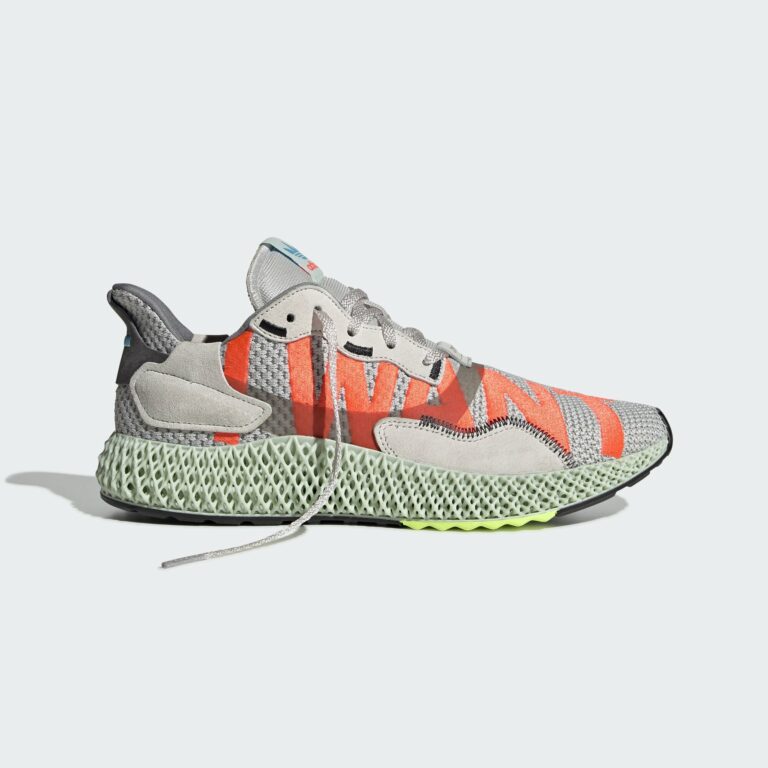 Since the adidas ZX 4000 4D made its debut, releases have been scarce to none but adidas looks to be turning that around. Lately more stock has been released on release day and we have seen the silhouette take on nice colors and theme. A perfect example is this “I Want I Can” iteration that arrives this month.

From the start, the ZX 4000 4D shoe looked to be released in basic colorways due to the fact that 4D was barely in the early stages of its design course. But as time has gone on, the silhouette has become a fashionable shoe in such a short amount of time. Not sacrificing looks for technology and comfort, adidas has found a happy medium with all of the qualities.

This “I Want I Can” iteration arrives with a great look to go along with its motivational asset. The upper takes on a smooth grey primeknit that features overlays of different shades of grey that adds much-needed texture to the model. “I WANT” in orange flows across the midfoot and toe as respectfully “I CAN” will be featured on the other pair. The staple 4D green midsole finishes off the look.

Check out official images below and follow TheBuzzSneaker for updates and more sneaker news.
© Newspaper WordPress Theme by TagDiv