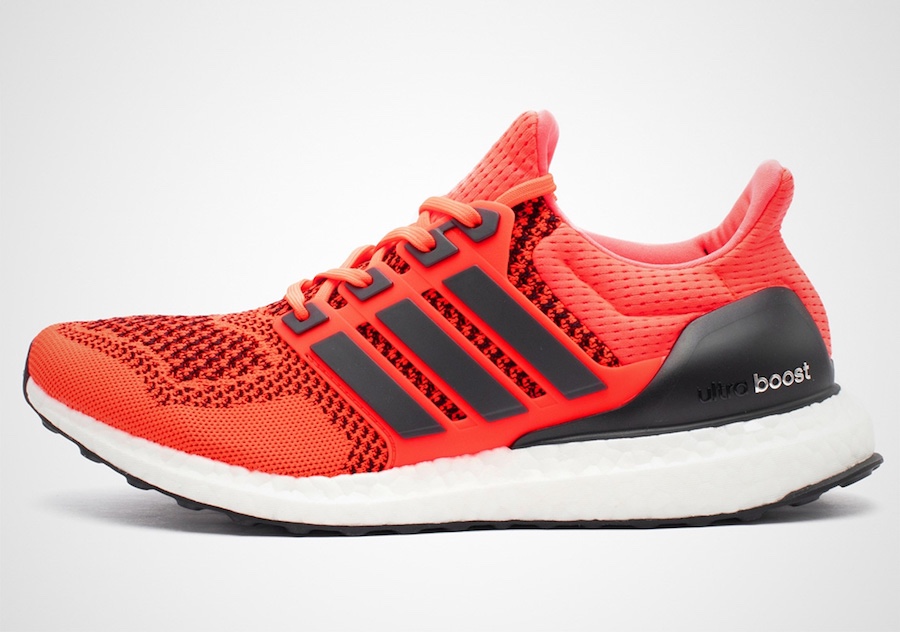 Originally released in 2015, the adidas Ultra Boost 1.0 “Solar Red” will be returning in October.

Expected to arrive in its OG form, this adidas Ultra Boost features a Solar Red Primeknit upper with Black covering the lace cage and heel counter. A White Boost midsole atop a Black rubber outsole completes the design.

UPDATE: Retailer 43einhalb has confirmed that the “Solar Red” adidas Ultra Boost 1.0 will be returning on October 3rd. You’ll notice that on the 2019 version the lace cage is done in Solar Red with Black Three Stripes, which is different from the 2015 release.