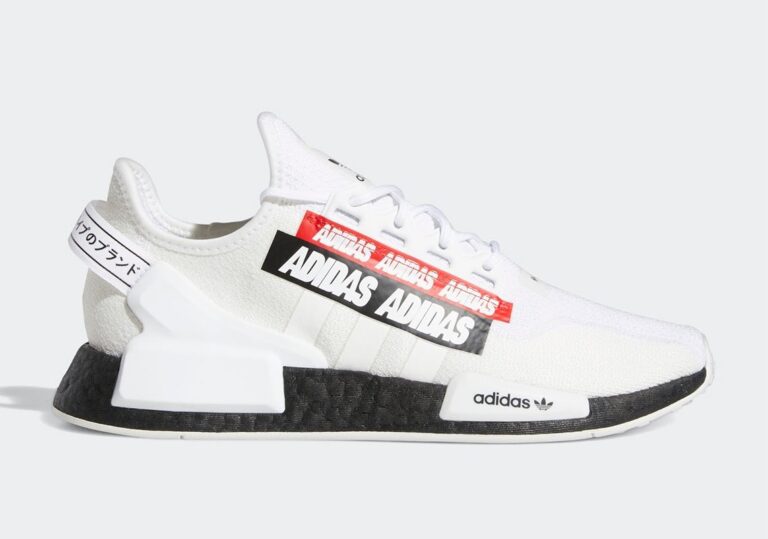 With iconic models such as the Superstar and the Ultraboost, adidas’s name is essential to the sneaker game. For an upcoming NMD R1 V2, another distinguished model by the brand, adidas’s name is repeatedly emblazoned on the pair for a bold style update.

The knit textile upper indulges in Cloud White to create a simple slate for the silhouette’s bold details. Along the lace cage, two adidas box logos in red and black are stacked on top of each other, to create an overbranded style that isn’t extremely overwhelming. Black is used for the midsole, a sharp contrast from the uppers. The midsole’s signature blocks, however, are dressed in white to create a graphic look. “3 stripes” is printed on the white nylon heel loops as a final touch of branding. Despite being clad in the brand’s name repeatedly, the model maintains a sophisticated design.

A release date has yet to be announced but download the app to stay updated on all future release dates, so enjoy the official images here below.