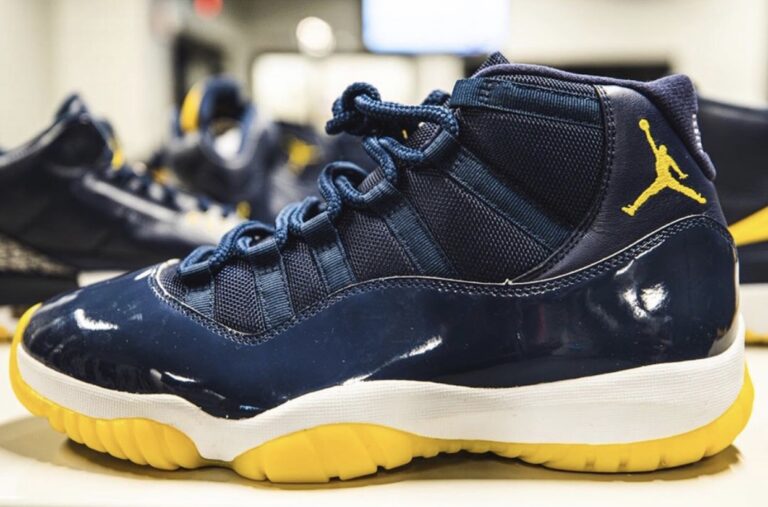 The recently adopted high-cut patent leather that’s been gracing the cover of the Air Jordan 11 has been making its rounds for the past few holiday seasons.

The latest to embrace the look is the Air Jordan 11 Michigan PE. Jordan Brand and Michigan have formed a partnership that’s built on Michigan’s strong college presence, both, on the field and on the court. So far, from this relationship, we got the Air Jordan 12 Michigan released in June 2018.

The pair came fully equipped in full Michigan attire featuring navy and Amarillo, highlighted with Michigan’s Block “M” logo branding. Now, next on the list to bleed Maize and Blue, is the Air Jordan 11, representing Michigan’s color to the fullest, splitting things in the middle with a white midsole while sitting atop an Amarillo outsole.

Unfortunately, there is no release date set for this player exclusive and most likely won’t see a release anytime soon, but if things change we’ll be sure to keep you updated.