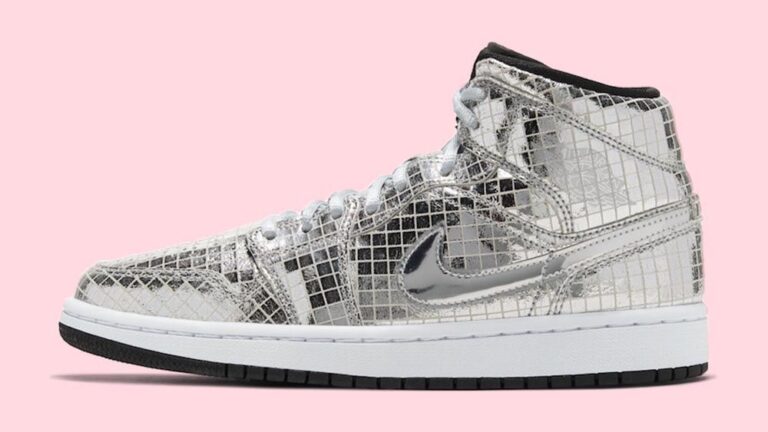 Jordan Brand continues their creativity on upcoming releases of the Air Jordan 1 Mid, and the latest pair to surface is this dazzling “Disco Ball” iteration.

This offering of the mid-top Air Jordan 1takes you back to the 1970s nightlife scene. It features a full mirrored squared-cut upper with Silver laces and a mesh tongue. Continuing its theme is a velvet-printed insole with an Oscar-like Nike trophy that could be a nod to the upcoming 92nd Academy Awards taking place in February 9th.

Grab a better look below, and expect the Air Jordan 1 Mid “Disco Ball” to release February 1, 2020 at select retailers and Nike.com.

UPDATE: Nike releases official photos via US11 of the Air Jordan 1 Mid “Disco Ball” that’s expected to release in February.